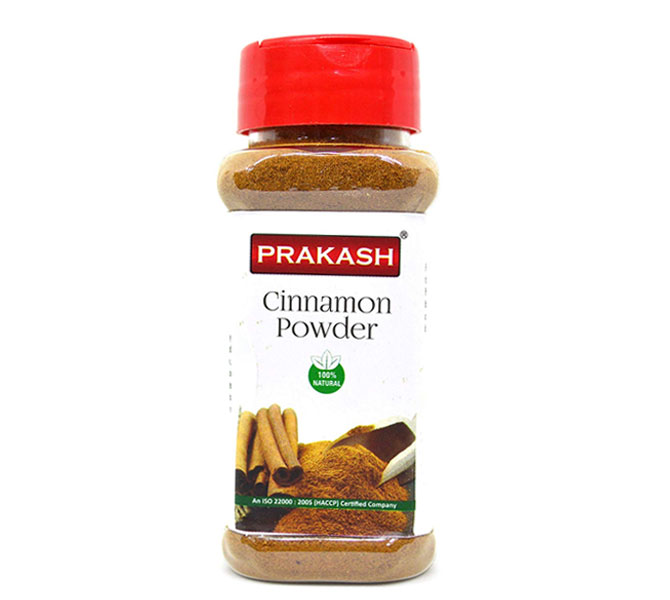 The Prakash Cinnamon Powder is made from all natural ingredients. In the making of the product no preservatives or color or favor is added. The product has been manufactured following all the guidelines of FSSAI. The cinnamon powder is known for its nutritional values and medicinal properties. It is known for its anti-viral, anti-bacterial and anti-fungal properties. Cinnamon powder further has antioxidants which contain anti-inflammatory effects. It helps in reducing blood pressure and  relieves from any digestive discomfort. Available in 50gm packet.

Cinnamon powder comes from the bark of tropical, evergreen trees. For harvesting cinnamon, it’s peeled off of the inside of the bark of the tree. Cinnamon has been used medicinally for thousands of years and is known for its health benefits. As a taste enhancer  cinnamon is sprinkled on foods items like toast, rolls, and desserts. Cinnamon is also used as a  topping sweets it also helps in  improving the health. From ancient time the cinnamon has been used in medicine making as well. It helps greatly to combat- respiratory illness, digestive problems and gynecological problems. Cinnamon powder also helps in regulating the blood glucose levels in those with type 2 diabetes. In study it also shows that cinnamon has been shown to reduce some of the bad effects of eating high-fat foods.