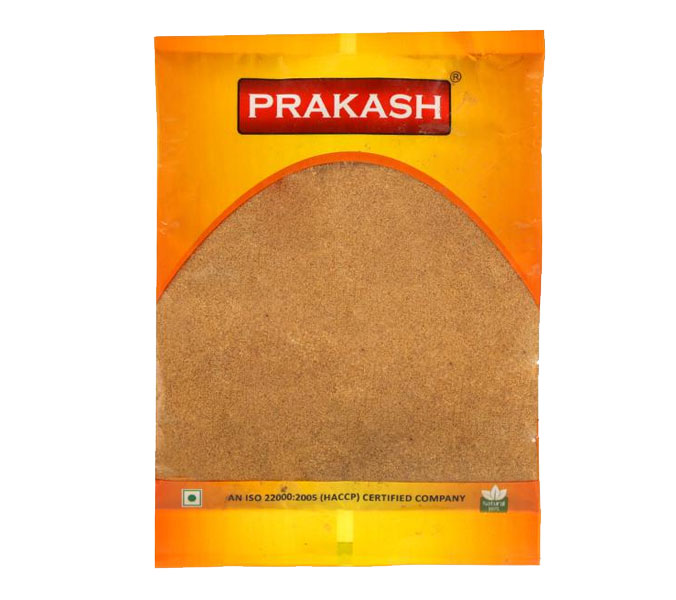 Ajwain is one of the most important and common  important herbs that is used in every Indian household irrespective of class and caste. The Ajwain seeds are known for its  very strong smell. Along with the quality as a taste enhancer the ajwain seed has many health and medicinal values. The ajwain seed is a well known  remedy to stomachache. It is also beneficial for earache, tooth ache, influenza, heart problems, arthritis and nasal blockage. The Prakash Ajwain seeds is a 100% organic and natural product is and devoid of any chemical additives. Available in 250gm packet.

Ajwain is a small, oval-shaped, seed-like fruits are pale brown schizocarps, which almost resemble the seeds of other plants in the family Apiaceous such as caraway, cumin and fennel. The ajwain seeds are known for their  bitter and pungent taste. The favor of the ajwain seed is very similar to the  flavor of anise and oregano. They smell almost exactly like thyme because they also contain thymol. However, unlike thyme the ajwain seeds are  aromatic and less subtle in taste. Ajwain have a very dominating  taste and in Bengal food, it is used mainly while tempering the oil or the ghee. The batch of Prakash Ajwain is delicately packed following the guidelines that have been issued by FSSAI. Ajwain is used in traditional medicine practices, such as Ayurveda, in herbal blends in the belief it can treat various disorders. Ajwain or carom seeds have powerful antibacterial and antifungal properties.