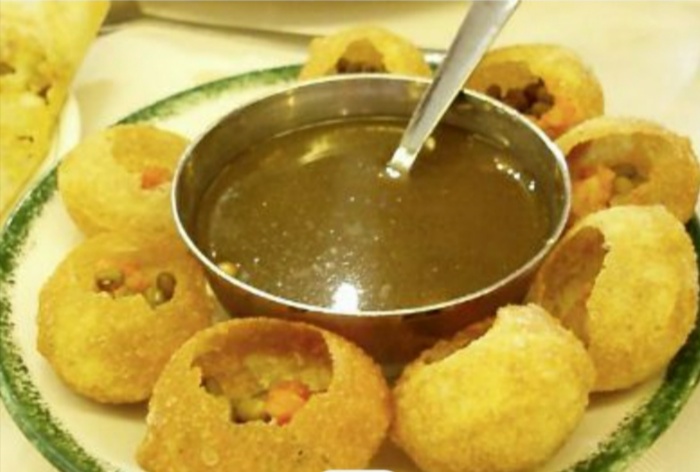 Pani Puri Masala is prepared without any form of preservatives and freshly made from scratch. They are packed when in a sealed bag so as to prevent any open exposure. It follows FSSAI standards for maintaining the food standards and no color based additives have been added so as to keep the taste and color of the masala authentic.  Available as 100 gm Packet

p is a popular street food found in every nook and corner of India and has been a favorite snack for both children as well as adults. The street food consists of hollow golgappa puris which are made up of flour, a blend of vegetables known as masala and the tangy water made from mint or pudina generally referred to as pani. The pani puri masala blend consists of onion, chickpeas, potato, red chili powder, coriander, cumin, chat masala and salt which are mixed in well-defined proportions. The taste of the Puri when served with the masala and pani filled into the puri takes one’s taste buds into the next level. The blend of spices used in the masala is done keeping in consideration the benefits brought about by the spices such as mint, pudina and coriander to human health.