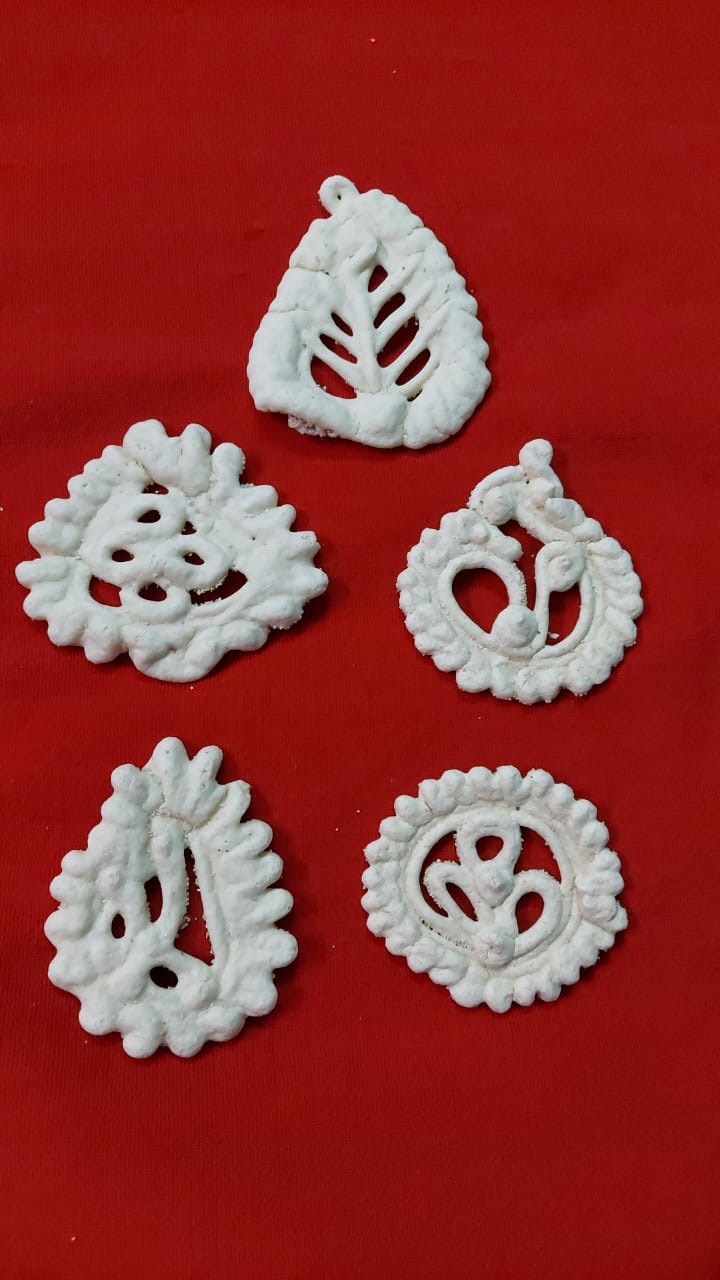 Gayna Bori or Naksha Bori is widely eaten in the West Bengal district of Midnapur and Bangladesh. Once a dying art form, this Gayna Bori a variant of of the common bori or dried lentils was made famous by Shri Rabindranath Tagore as an art form when he expressed his desire to preserve images of these bori in the art department (Kala Bhavan) of Vishwa Bharati University. The Naksha Bori was made famous by Abanindranath Tagore and Mandala Bose who  fascinated with the concept of them and hence  made sure to they popularize it throughout Bengal They even added few design and other unconventional motifs to the then existing designs of Gayna Bori. Available in 10 pcs.

Gayna Bori also commonly called Naksha bori is a more artistic and sophisticated version of Bori that forms an integral part of Bengali cuisine. It is generally made from a paste of winter melon and urad dal. But also there are other variants as well. Bori’s are basically a form of dried lentil dumplings that have a life shell of of about an year. The Gayna Bori is specifically made from poppy seed, black lentil and local spices. Traditionally poppy seeds were not used in the making of Gayna Bori, it was only after the British gaining the dewani of Bengal that the cultivation of poppy seeds were forced and hence gradually, the poppy seeds found its way into the making of Gayna Bori and became and integral part of it. At Midnipur, Gayna Bori with and without poppy seeds can be found. Just like an artist, every maker of Gayna Bori has the liberty to choose their own design. However, the geometric shapes of- triangle, squares and circles are more commonly found with respect to the lotus,  shells, owls, poultry, cactus, butterflies and cats. Since the year, 2016 there has been demand to get the Gayna Bori or Naksha Bori the  Geographical Indication or GI tag.