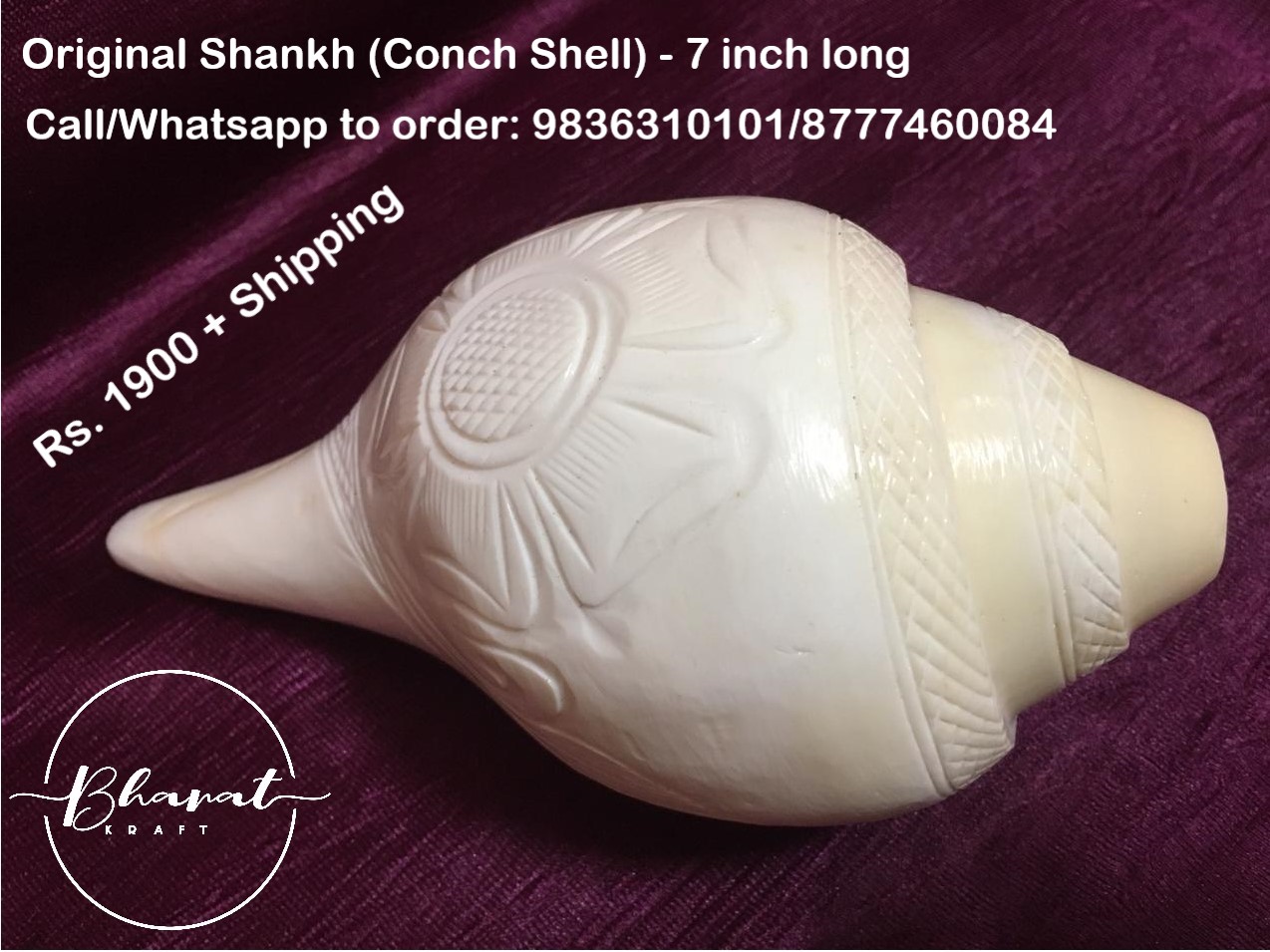 Conch shell  or “Sankha” is a spiral shaped commodity which is orange or pale pink in the interior and white in the exterior. It is derived from sea snails in oceans. It is typically found on the shores of beaches. The Conch shell has its own history and religious significance in the Indian society. In Bengal, the Sankha or the Conch shell is an inseparable part of  the household. Any, auspicious occasion in Bengal is incomplete without its presence. The common and the most famous type of conch shell is known as the Queen conch which belongs to the family of Strombus species. Standard 7 inch long.

Conch shell  or “Sankha” has a good strength and is made up of 95% calcium carbonate and 5% organic matter. The Conch shell is generally used as a wind instrument and is prepared by cutting a hole in the spire. In Bengali customs, the blowing of conch shell  or Sankha is considered auspicious and it marks the triumph of good over evil. While for many conch shell could have a creative usage. But in India the Conch shell is associated with the Hindu God Vishnu and he is represented wearing this emblem along with the chakra on the other hand. The conch shell is believed to represent a symbol of authority, sovereignty and power. It is believed to avert disasters, ward off poisonous creatures and remove evil spirits in the house. The term is initially derived from Sanskrit word “Shanka”, which gets renamed into the proto-Indo-European term called “konkho”, then into Greek as “konche” with the same meaning, further into Latin as “concha” and then finally into English as “Conch”. A good quality of conch shell will have hard texture and will be of white color. One of the prominent references to the use of conch hell is in the epics of Mahabharata and Ramayana where it is used at the start and end of the day’s battle during the war time.